By now I hope I have demonstrated to you why following every fire code, law, regulation, and simple common sense in your theatre is important. If not, let’s recap:

December 17, 2013: Fire during performance of “Elf” at the Grand Theatre in London, CA.  No reported injuries: December 12, 2013: Fourth grade student playing with fire sets stage of Freedom Elementary School on fire in Highland, UT.  School evacuated without injury, and only minor damage to the stage floor (the same student had also set a fire in a bathroom moments earlier). No photo available.

December 12, 2013: Fire at neighboring building sends smoke into Modesto, CA’s State Theatre, which fortunately did not have performances that day:

December 10, 2013: Arson fire set outside the the Burien Annex theatre causes heavy damage. Home to Burien Actors Theatre as well as other groups that were displaced by the fire.

Burien Actors Theatre was able to continue their Christmas production in a donated space.

December 4, 2013: Generator fire fills Mexico City arena with smoke 45 minutes before start of NBA game. Arena evacuated and game cancelled (to be made up in US at a later date): 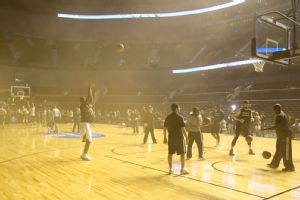 November 29, 2013: Fire destroys most of the interior of the Auditorium Simon Bolivar in Brazil. 25 firefighters injured fighting the fire. Reports indicate that hydrants in the area were not working:

November 18, 2013: Fire damages the historic Municipal Theatre of Santiago, Chile. While the fire was severe, requiring over 4 hours to extinguish by 250 volunteer firefighters, the theatre was evacuated without injury to the 200+ performers and staff inside at the time, and the theatre was protected when the fire curtain was brought in:

November 13, 2013: Fire in adjacent building results in smoke and water damage to the PIX Theatre in Lapeer, MI. Rehearsal evacuated:

November 3, 2013: 350 evacuated just prior to a matinee performance due to fire that destroyed the School of Modern Drama in Moscow: 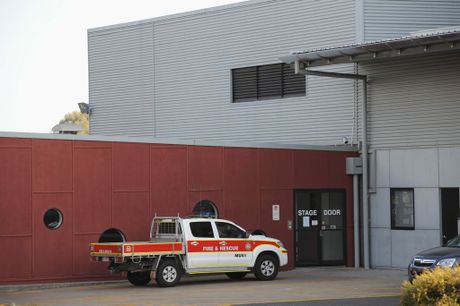 September 8, 2013: Fire on sign on the front of Hanoi’s Pupperty Theater. Audience evacuated without injury: 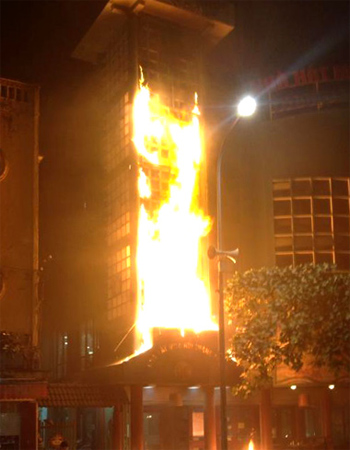 June 15, 2013: Fire in offices above Madrid’s historic Cofidis Theatre, also known as the Alcazar Theatre, during rehearsal of children’s play.  Over 100 firefighters called to fight fire. A 1983 fire in the basement of the theatre resulted in the deaths of 83 adults and children:

April 27, 2013: Scoreboard catches fire prior to game at Crew Stadium in Columbus, OH:

April 3, 2013: Stage curtain catches fire at Maidment Theatre in Aukland, NZ, spreads to stage floor and basement.  Due to damages, theatre would not reopen until July 18th, 2013. Stage light too close to curtain started the fire: 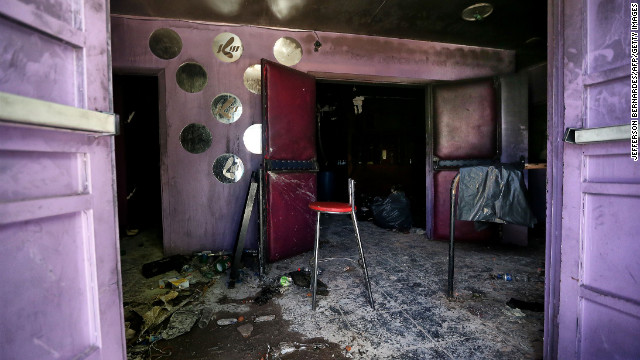 December 29, 2012: Car accident sends a car into the Cinemark 8 Theatre in Round Rock, TX, where it catches fire. Above: October 2, 2012: Saratov Youth Theatre in Moscow, Russia caught fire during performance. All 450 patrons and staff safely evacuated.  The theatre burned for 14 hours before the fire was brought under control. The cause was determined to be carelessness when dealing with a small fire in the attic.

Above: April 29, 2012: Republic Square in Yeravan, Armenia.  144 injured by fireballs from balloons inexplicably filled with flammable gas instead of helium.

April 11, 2012: Palace Theatre in Siverton, CO.  Electrical fire in lobby, discovered in time to save theatre only because a neighbor’s dog insisted on going for his morning walk earlier than usual.

Above: The Kent Theatre burns in South Whitley, Indiana on February 18, 2012. 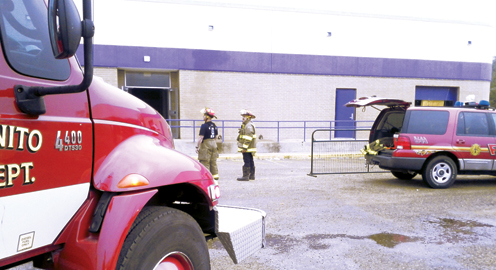 February 6, 2012: Academy Theatre for the Performing Arts in Kawartha, ON Canada. Untreated and improperly secured stage drape caught fire after being too close to a stage light.  2 people treated at the scene.

Above: The Playhouse Theater (Het Speelhuis) fire December 29, 2011, in Helmond, the Netherlands. No injuries, but 20 homes evacuated, 4-6 homes damaged. One home and the theatre were destroyed. Unknown cause, but reports indicate fire extinguishing systems either did not work, or were not up to code, and detectors may have been covered. Another report indicates that detection systems were turned off for a performance, due to smoke FX in use. (links go to pages translated from Dutch to English) The original Weathervane Theatre burns next to its successor (which was damaged but saved) Oct. 10, 2011, Whitefield, NH. Cause not determined.

No Photo Available: RayLynn Theater fire in Hot Springs, AK, Sept 4, 2011. No info on cause or damage. 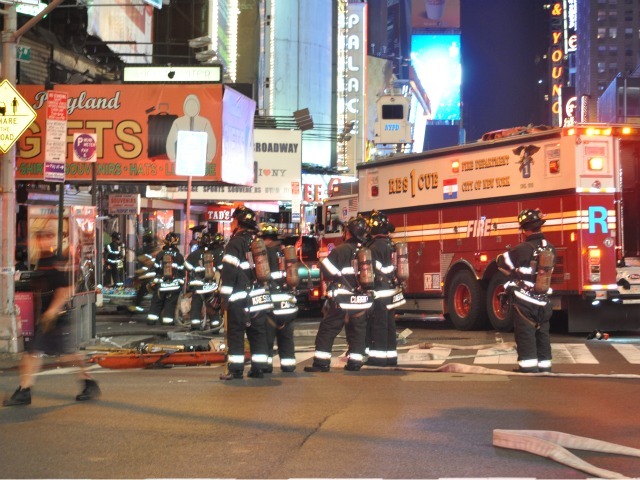 Above: Fire on truss during Rihanna concert, July 8, 2011, American Airlines Center. Sparks from pyro set occupied truss-spot chair on fire (op got out of it quickly).

More on the Missouri Theatre fire (above).

Majestic Theatre fire, Nov 4, 2010. Stage curtains caught fire during gospel performance. This was the second known fire in this theatre. In 2006, the box office was damaged in a fire. 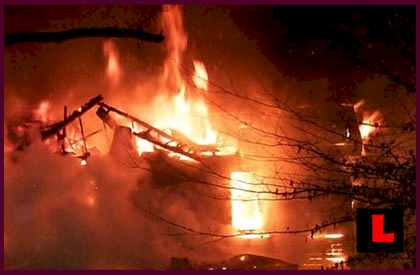 Above: Unknown venue, circa 2006-2007. Scenery not flameproofed, fire curtain brought in late.

North Shore Music Theatre, Beverly, MA cast of Cinderella. No photos available of July 2005 fire. Electrical fire started under the floor of the set pictured above. 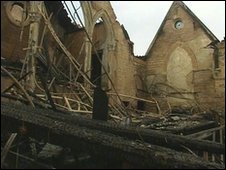 Above: The Station fire from inside from start of fire. Not for the faint of heart.

In The Station fire of 2003, 100 people died because 1 person failed to do the most important part of his job. Yes, other peoples’ actions contributed, but the fire would not have started if the pyro had, at minimum, been set up in a safe way.

In the Iroquois Theatre fire in 1903, 602 people died because over a dozen people failed to do their jobs correctly.

How many fire codes does your theatre break on a daily basis? How many doors blocked open, or blocked entirely? How much stuff is stored in your exits and stairwells? How much are you relying on untested systems to cover your other unsafe decisions?

How many deaths are worth the time saved by not following the laws? Are you ready to tell grieving families about the few dollars you saved doing it quickly instead of correctly? Are you ready to explain it to a jury?

← 114 years later, & lessons still not learned: Lest we forget…
On Twitter and anonymous accounts →